Dr. Dr. Rami K. Isaac, senior lecturer and researcher, is actively involved in the Master programme in Tourism Destination Management at NHTV Breda University of Applied Sciences. Apart from being an integral part of our Academy of Tourism at NHTV, he is the President of the Research Committee 50 on International Tourism, International Sociologist Association ISA (2014-2018) and also part of editorial boards of various journals. His research interests in the area of tourism development and management, critical theory, and political aspects of tourism. He published numerous articles and book chapters on tourism and political (in)stability, occupation, tourism and war, dark tourism, violence and transformational tourism. 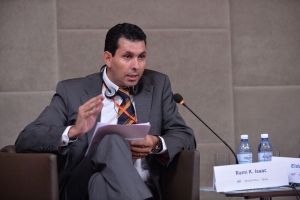 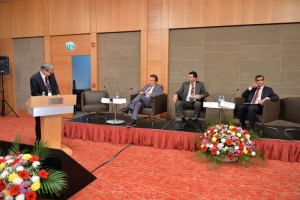 We are proud to announce that Rami Isaac was invited by the World Tourism Organization (UNWTO) and the Ministry of Culture and Tourism of the Republic of Azerbaijan to be a panelist at the Roundtable on “Multicultural Society and Tourism”, which was held on 27 September in Baku, Azerbaijan. The Roundtable — a closed, by-invitation-only event — convened high-level dignitaries, experts and other relevant stakeholders to review and discuss the intrinsic relationship between multicultural societies and tourism. The debates delved, among other topics, into the multi-faceted aspects of mixing and integrating local and foreign cultures and communities through tourism; building opportunities for mutual exchange, understanding and tolerance; promoting local heritage, religions and pride; and how to translate these benefits for positive change towards social and economic development. 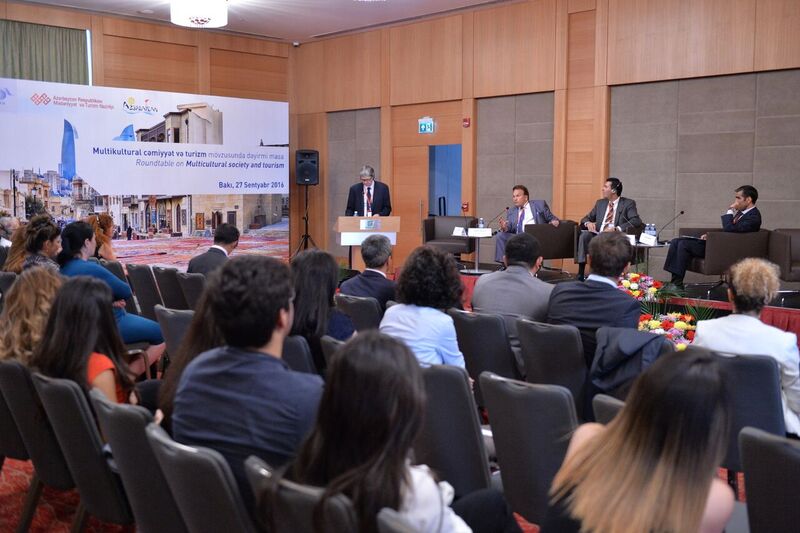 Here, you can get a glimpse into the Roundtable discussion and potential research topics through Rami K. Isaac’s words:

On the 27th of September, a press conference was organized with the participation of H.E. Abdulfas Garayev, Minister of Culture and Tourism, Republic of Azerbaijan. After the press conference, there were two panels discussing the overall objective of the theme of the conference. The first panel (Panel I) entitled the ‘Role of Multiculturalism in Tourism’. This session addressed the elements that help define a multicultural society and how it can enrich the tourism sector and the visitor experience. The second panel (Panel II) with the title ‘The Power of Tourism for Promoting Tolerance and Understanding among Cultures’. This session assessed the role of tourism on a multicultural environment and explored its potential in cultivating tolerance and understanding.

I was one of the panelist in the second session on ‘The Power of Tourism for Promoting Tolerance and Understanding among Cultures’ where I talked about the power of tourism, as a social force for creating a better understanding among cultures, and as a force for peace and mutual understanding among divided communities, where I explored the best practices through tourism using the Israeli-Palestinian conflict as an example.

Tourism has the power to foster cultural dialogue and understanding among cultures. Cultural dialogue is understood as a process that comprises an open and respectful exchange of views between individuals and groups with different ethnic, cultural, religious and linguistic backgrounds and traditions, on the basis of mutual understanding and respect. Nevertheless, persistent (determination) Euro-centric world views have always been and still is, noticeable in many articles and books in tourism studies, as the views and dominant opinions about world views and cultures. However, nowadays, existing world views are subject to rapid change.

Our reality is becoming less clear and “bi-polar”. It is moving in two different directions, which calls for balanced views on matters such as culture, diversity and human encounters/meetings. In a global situation, there are more and more confrontations between ‘selves’ and ‘others’ on different levels: personal as well as cultural. This relation between self and other has been more fundamental than ever. This is a very intriguing subject for the study of tourism and (post?) colonialism, cultures and societies.

Every tourism student should be able to understand the context of tourism and how it relates to colonialism, post-colonialism and Orientalism, where tourism is embedded in historical, political and economic contexts. Potential research topics would be power relations among various stakeholders in developing tourism, which have been emphasized in epistemological discussions. For example, postcolonialism is one of the most interesting debates that focuses on these power relations worldwide. In order to have an understanding of postcolonialism, we first need to get some insights about Eurocentrism.

Eurocentrism is also recognised in the power relations of the tourism academia itself, alongside other tilted variables such as gender, social class and race, where gatekeepers are still mostly “grounded in the Western Anglo-centric regions epistemic research traditions”. In recent years, a growing critique has been provoked of an allegedly dominant ‘Eurocentric’, ‘postcolonial’ perspective in the prevailing paradigmatic approaches and theories in the study of tourism. For example, many authors pointed towards the need for gender equality in the tourism academia. In addition, potential research topics would be, the role of tourism in conflict-ridden destinations in remaking, reshaping people and places; the role of tourism and peace in conflict or post-conflict settings (tourism as a force for peace); tourism and tolerance; solidarity and justice tourism; and tourism and decolonization. 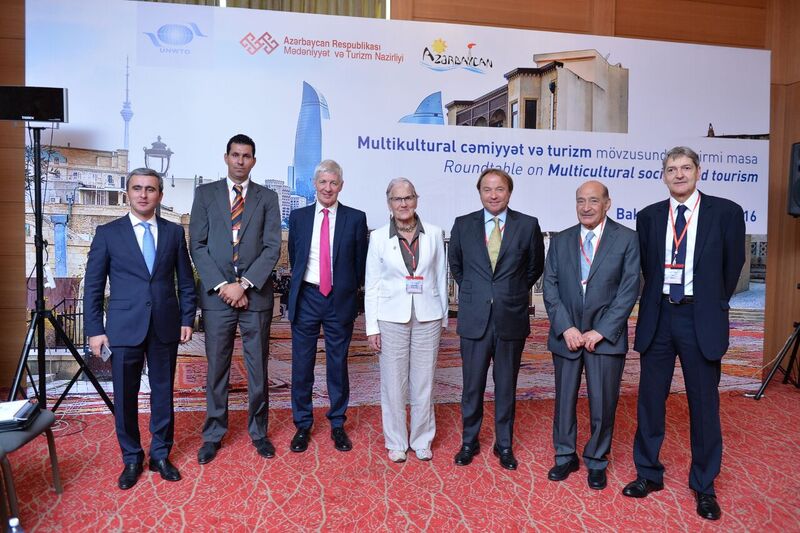