A change of context

Our TDM students have successfully completed their first field research assignment in Melbourne and have moved on to Sri Lanka. This will be a complete change of context for several reasons. While Australia is an English speaking country, communication in Sri Lanka might be somewhat more difficult. This is especially for those students who are researching small- and medium enterprises. Moreover, cultural differences will be considerably larger than it was the case in Melbourne. Lastly, having started in a city destination our research teams are now required to pursue their assignments in a costal area with a rather rural character. This change of context presents a major challenge to the students. They must decide on most appropriate research methods. Many of them will notice the need to change their approach of analyzing the situations within their assigned areas.

Sri Lanka’s tourism offer is a unique combination of breathtaking landscapes, golden beaches, a rich and diverse flora and fauna, and captivating cultural heritage. The country is home to eight UNESCO World Heritage Sites, 15 national parks with an abundance of wildlife, 350 waterfalls and an eventful colonial, post- and precolonial history that goes back over 2.500 years. This diverse range of tourism products, including many regions in the North and East of the country that remain rather untouched, makes the small island state one of the most attractive travel destinations in Asia. Its geographic location on one of the main global shipping routes and in reachable distance to some of the emerging outbound tourism markets such as India, China, Malaysia, Indonesia or the Middle East further contribute to its potential for attracting international visitation.

The island offers some of the world’s most prisitne beaches

Various cultural heritage sites can be found in the “Cultural Triangle”

The former Portuguese, Dutch and British colony achieved independence in 1948. However, it was in recent past that two events had a large impact on Sri Lanka’s socio-economic environment. In late 2004, an earthquake in the Indian Ocean created a tsunami that hit the country’s coastal regions and shattered the lives of so many. Even more enduring are the repercussions of a civil war that went on for almost 30 years and was triggered by ethnic marginalization. Between 1983 and 2009 the Liberation Tigers of Tamil Eelam (LTTE) and the Sri Lankan government took part in the military conflict that took place especially in the East and North of the country. But it also reached the capital city of Colombo in form of politically motivated terrorist attacks. The image and accessibility of Sri Lanka as a secure travel destination had been damaged significantly.

With the end of the civil conflict in 2009 a new chapter began for the island state. The economy bounced back strongly and Sri Lanka experienced a growing influx of international visitors year by year, reaching a number of over 2 million in 2016. Several blueprint documents and tourism development strategies have been established ever since. Post-conflict governments have demonstrated a strong determination to develop the tourism sector and its contribution to generating foreign exchange and creating employment. 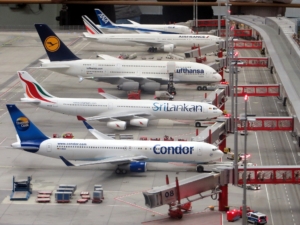 Since the end of the military conflict in 2009, the country experienced a vast growth of international visitation

Notwithstanding, it is a question of whether ambitious plans, goals and identified needs that are written down in well looking documents are ultimately implemented. An increasing number of regional destinations have to cope with overcrowding, an according degradation of product quality and an increasing social and environmental pressure. What is more, there is a lack of qualified personnel and recent figures indicate a decreasing industry growth rate. These are just few of many challenges Sri Lanka’s tourism sector is facing in order to regain its missed opportunities and write a success story for the future. 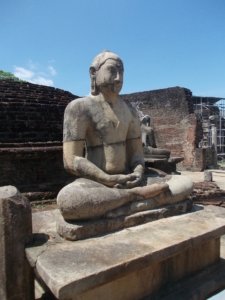 Much to explore for tourism students

We are very curious about the experiences and findings of the TDM students that will conduct research in three different areas of Sri Lanka’s south coast. With the described change of context, it will certainly be a more challenging task than their assignment in Melbourne. Nevertheless, being able to build upon previous learnings and apply knowledge according to distinct circumstances is what they were taught during Phase 1 of the Master in Tourism Destination Management in Breda. Now they can put theory into practice. We wish them best of luck, unforgettable moments, and are already excited to share some of their experiences with you soon.

Ratnapura Province is famous for its abundance of gem stones

Visitors can enjoy a variety of well spiced local food

Sri Lanka is one of the main exporters of tea 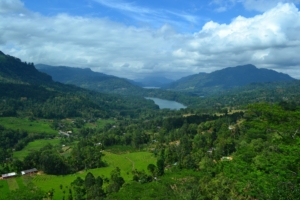