The unexplored potential of promotional videos in destination marketing

The unexplored potential of promotional videos in destination marketing 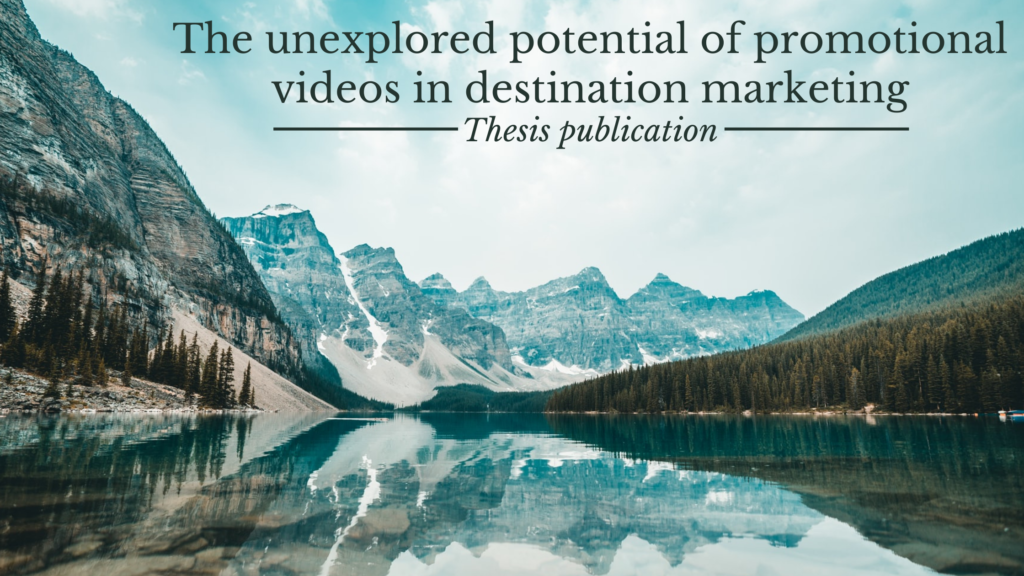 If you follow this blog frequently you might know that from time to time we publish final master thesis from the students that graduated from the Master of Arts Tourism Destination Management at Breda University of Applied Sciences.

This example is produced by Baptiste Gautier and deals with the topic of the unexplored potential of promotional videos in destination marketing, a case study of The Wild Within in British Colombia. Below you can find the executive summary of the paper. If you would like to read the whole thesis, please send an email to master-tdm@buas.nl. Enjoy the read!

If a picture can say a thousand words, then a video can say a million.

This popular adage perfectly illustrates the power and potential of audio-visual material in promoting a tourist destination. In an ultra-competitive market, where marketing has gradually entered a new era as society becomes more digital, it is surprising to see too few tourism organisations using this unique communication tool. This can be explained by a combination of the under-valuation of this medium and the production limitations inherent in its creation.

This thesis, in order to further explore the role of a promotional video, uses a case study of the video The Wild Within, released on YouTube in 2014, which aimed to both vitrify British Columbia as a tourist destination and also to support the redesign of its brand image. Through the analysis of the context within which the video exists, and then its content, particularly through the perspectives of multimodality, aesthetics and semiotics, this master’s thesis aims to fill a certain academic gap on the subject as well as to draw generalities that will allow for the creation of better future promotional campaigns. A series of interviews were conducted with photographers from the province and actors involved in destination promotion. In parallel, an analysis of YouTube comments was conducted to explore the impact of such a video on the viewer. Finally, a framework was specifically designed for the research to determine the expressive dominance of The Wild Within video.

The results then showed the importance of an artistic aspiration of the brand image and an overall aesthetic coherence, made possible by an efficient communication between the DMO and the content creators as well as the reiteration of artistic codes. The promotional video can then seamlessly integrate a destination branding strategy, being in a way the final illustration of the desired artistic direction. The predominance of a semiotic perspective was then considered essential to the co-creation process between the DMO and the production company. This semiotic vocation of a promotional video is then communicated aesthetically and supported effectively by the visual and auditory dimension evolving in a complementary symbiosis.